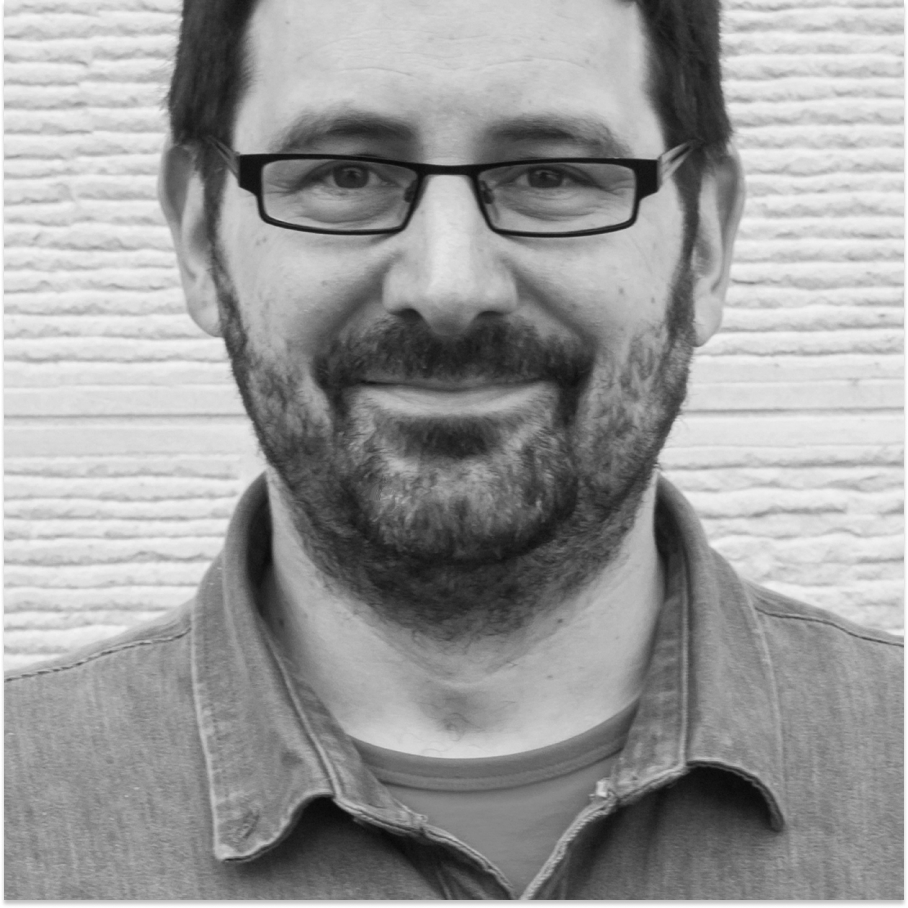 Chris Cooke (UK). Chris Cooke is co-Founder and MD of Complete Music Update (CMU), a company that helps people navigate and understand the music business. It does this through media like the CMU Daily bulletin, Setlist podcast and CMU Trends library; consultancy unit CMU Insights; and future talent programme CMU:DIY. Via CMU, Chris writes, talks, teaches and consults about the music industry. CMU is part of Chris’s business 3CM UnLimited, through which he also publishes cultural recommendations service ThisWeek London and its sister magazine ThreeWeeks at the Edinburgh Festival. 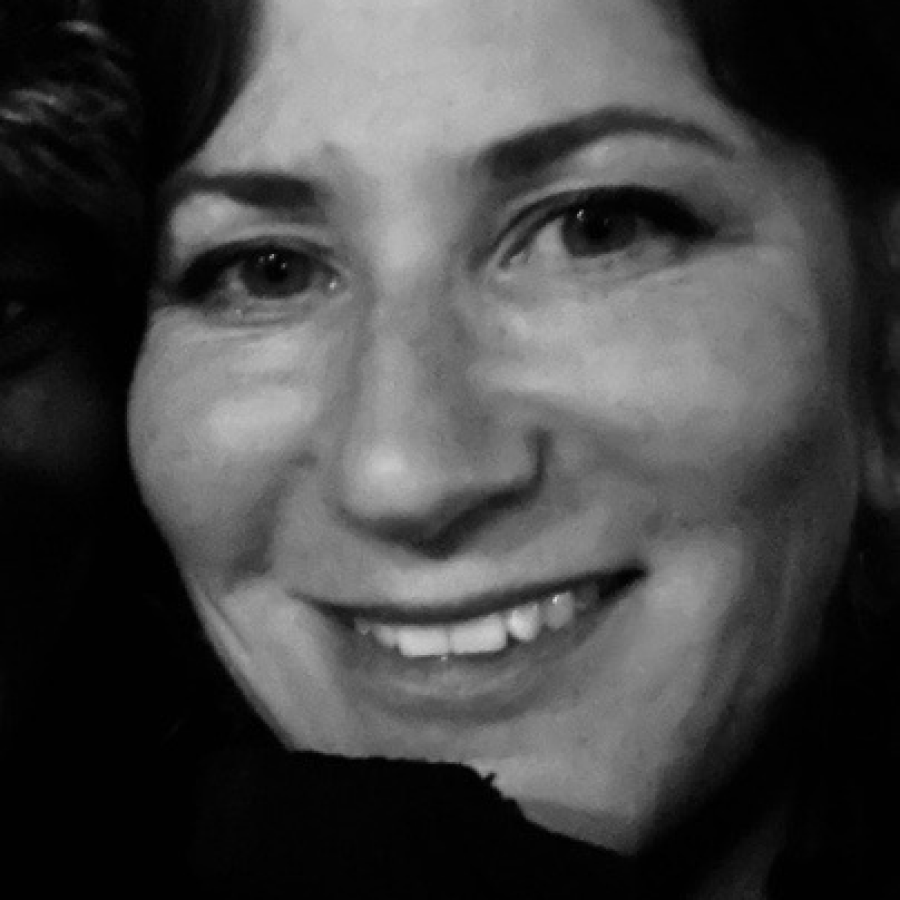 Rebecca Prochnik (UK). Rebecca is an agent with nearly twenty years’ experience. She started out booking into clubs and counts herself fortunate to always have been able to work with emerging music cultures and communities. Thematically, Rebecca has maintained a focus on independent and zeitgeist artistry. With time, she has become co-owner of the rapidly expanding Earth Agency and has developed a knack for bringing the music she works with to ever broader platforms. Artists she has represented over the years include Animal Collective, SOPHIE, Omar Souleyman and Wiley. Her current roster includes Skepta, The Black Lips, Pregoblin, Deerhunter, AJ Tracey, Kode 9, Jme and many more. For a glance at Rebecca’s full roster, click: www.earth-agency.com 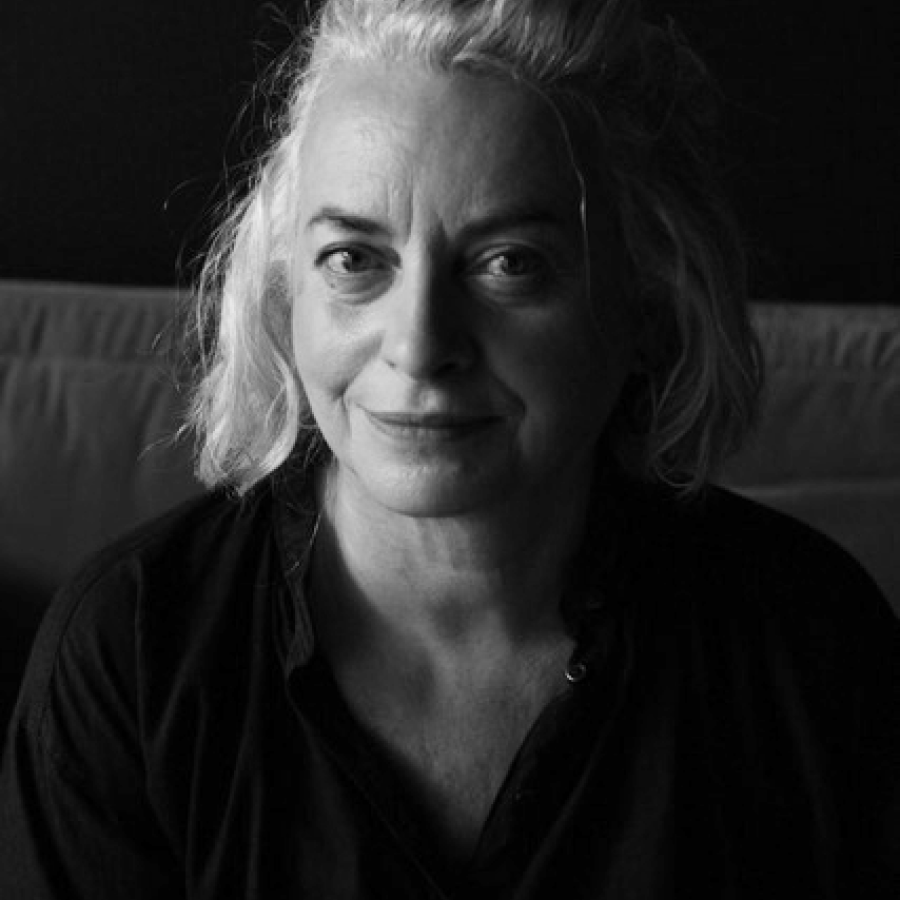 Sally Anne Gross (UK). Sally is a music industry practitioner, an author and an academic. She is the co-author of ‘Can Music Make You Sick- Measuring the Price of Musical Ambition’. This research which was funded by the charity Help Musicians UK is the largest ever study into mental health in the music industry. In 1993 she was the first women to work in A&R at Mercury Records. In the same year she chaired the first ever panel on gender in the music industries at ‘In The City’ music conference in Manchester. Sally Anne has been working in the music industry for nearly three decades, as an artist manager, record label director and international business affairs consultant. In her current role at the University of Westminster, she is the course leader of the MA Music Business Management. 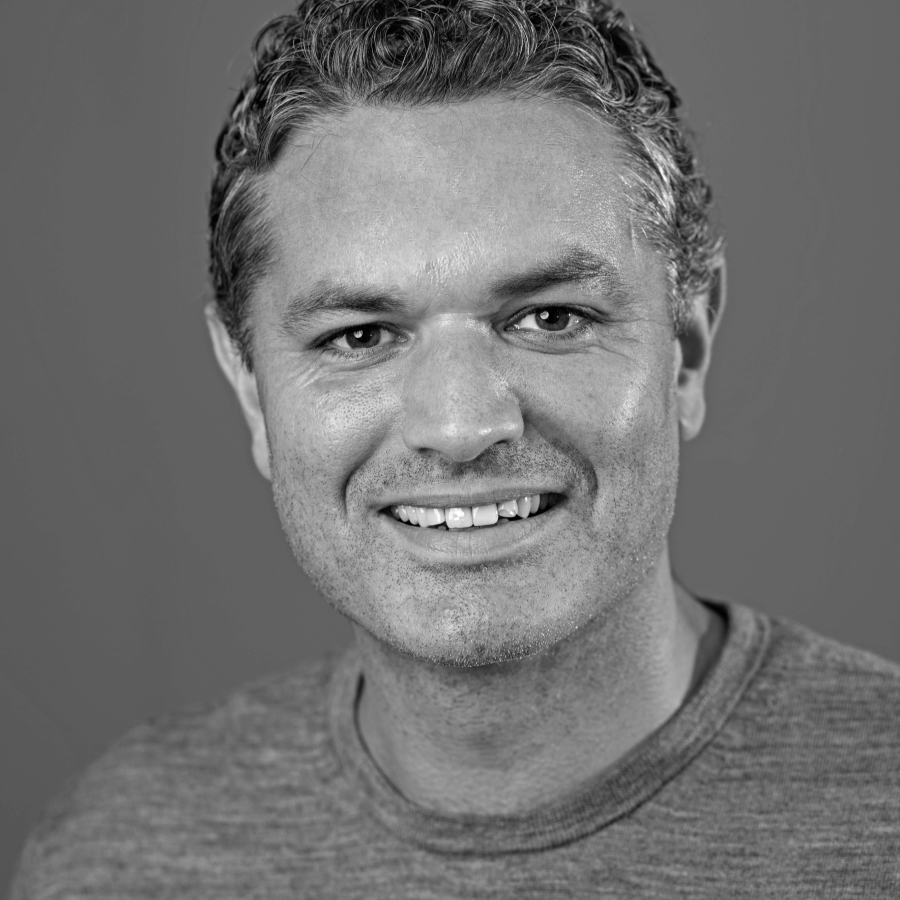 Ric Salmon (UK). Ric Salmon is a director at ATC Management, and is the CEO of ticketed live streaming business Driift. ATC has a roster of around 70 management clients including the likes of Nick Cave, PJ Harvey, Faithless, Laura Marling, Johnny Marr, Trevor Horn along with a roster of over 400 acts through its live division, ATC-Live. Prior to ATC, Ric founded management company Harvest Entertainment in 2007. Between 1997-2007, Ric held senior roles at various major and independent record labels including Sony Music, Ministry of Sound, and Warner Music International. Ric has continued as a regular senior A+R consultant to several labels including Warner Music where he has made albums with artists such as Rod Stewart, The Corrs, Bette Midler, Boyzone, Beverley Knight and many others. 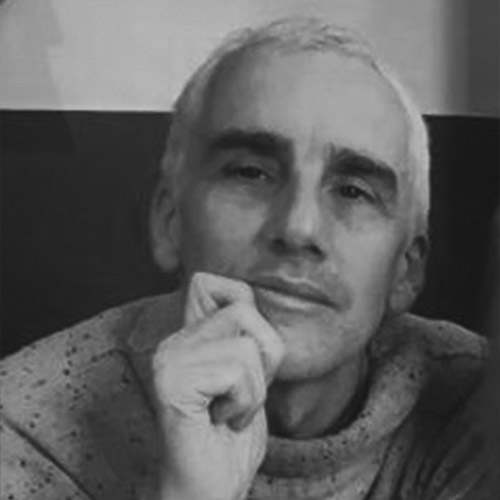 Jon Dunn (UK). Jon began his career as an independent promoter in 1989 working with small venues outside London, booking acts that include Radiohead, Oasis, Pulp, Cranberries and more. In 2003, he moved to London, joining Live Nation (formally known as Clear Channel), where he took on national promotional duties, booking shows in major cities across England. Acts he picked up in this capacity and continues to work with  include Arcade Fire, The National, MIA, Anthony and the Johnsons and more. He began booking and curating festivals with 35,000 capacity including Latitude, The Big Chill and Electric Picnic. Jon left Live Nation in 2013 and started Parallel Lines. Currently, he promotes exclusively in London, working with acts like The National, Arcade Fire, Jungle, Glass Animals, Sharon Van Etten, St.Vincent, Future Islands — all told, more than 140 artists. 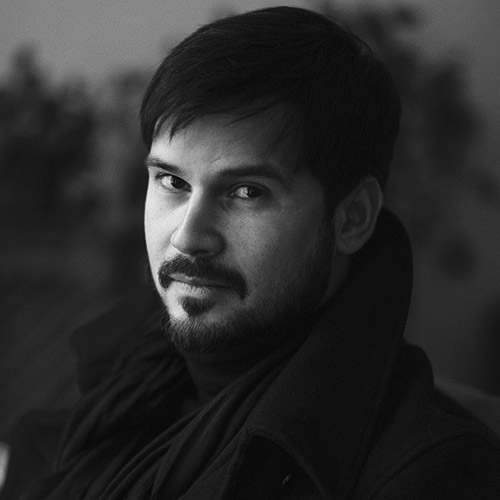 Ashot Danielyan (Uzbekistan). Ashot Danielyan is a graduate of Tashkent University where he majored in Japanese language and literature. Since 2000 he has been the frontman and songwriter for Tashkent-based indie rock band, Origami Wings. Since 2007 he has been the organizer and co-producer of the country’s sole independent rock festival—the Ilkhom Rock Fest—which has drawn more than 50 alternative rock acts from Central Asia Armenia, Ukraine, the Czech Republic and the UK to perform in Uzbekistan. An artist, activist and arts-manager, since 2017 Ashot has worked in a multidisciplinary, multinational arts project promoting poetry, music, performative art, video, photography and contemporary art among Central Asian youth—the Man With a Stool Project. 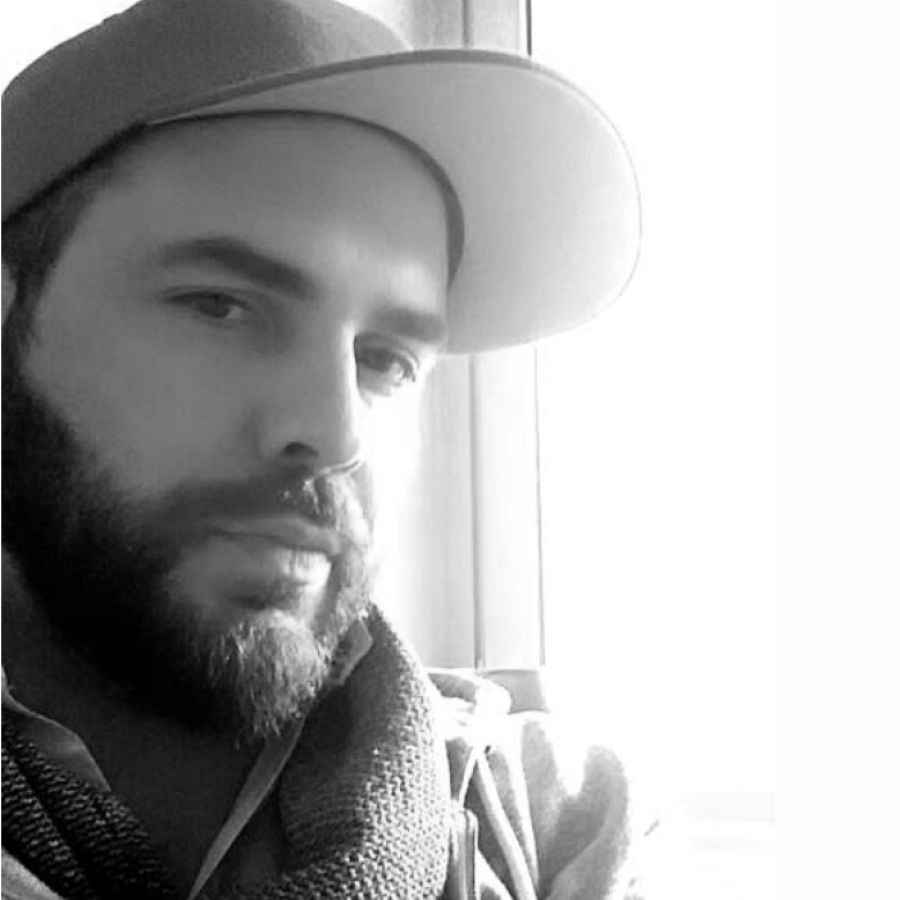 Mersel Bujak (Bosnia and Herzegovina). He is born in the same year as CD and .COM domain. Inspired by Lego and Rave Culture blended everything through advertising. With the need of more, Architectural world was an adventure in experience design that led to working on the 2010 Libyan State Pavilion for the Shanghai Expo, to serving as a lead event manager at the Sarajevo Film Festival in 2015, to producing projects at the 2016 Venice Biennale of Architecture in collaboration with DARCH from ETH Zurich. Mersel has been active in the Sarajevo Creative Industries scene since the early 2000s. More recently, He recognized the potential for the networking of the music industry in the Balkans and launched the BAM-C Balkan Advanced Music Conference, now in its third year. His passion project is Klabika that brought Solomun to his homeland, and in a 5-year circle manage to close the main street to throw 15K Rave in 2019. He is the president of the Association for Procreation and Development of Future Ideas - Neocor in Sarajevo and over these past two years has concentrated his efforts on the MICE Industry. Currently with BAM-C working on global initiative United We Stream for the Balkans. 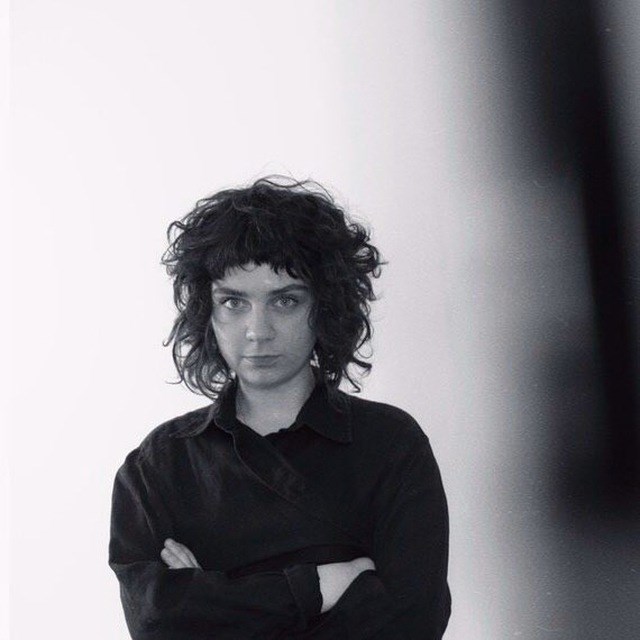 Olga Udovenko (UA). Olga is part of Kultura Zvuka team, program manager of the club and school. Working for Kultura Zvuka project from its beginning 4 years ago, when it was a Hi-fi audio and record store. Besides running a club and school she’s also a DJ known as Udda. As an artist Olga mostly performs in Kultura Zvuka club in Kharkiv, but also had gigs in Kyiv, Vienna and Riga. Her main activities related to promotional activities, communication with artists and their agents, formation of events programs in the club and preparation of a curriculum for school courses. 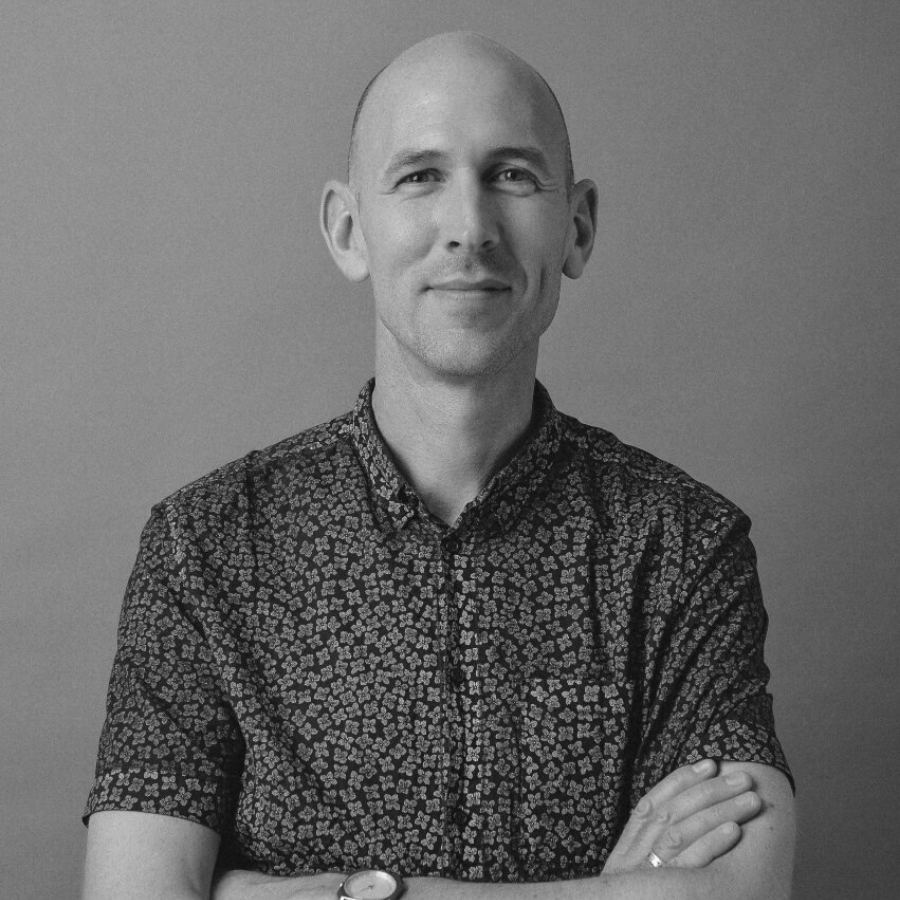 Tom Sweet (UK). Prior to joining at the British Council, Tom’s background is in festivals and live music, having held roles at The Big Chill Festival, the Barbican Centre and Warwick Arts Centre. He’s developed and produced events for organisations including Sydney Opera House, South Bank Centre, Royal Opera House, Brighton Festival and Music Beyond Mainstream. He is very much missing live music! 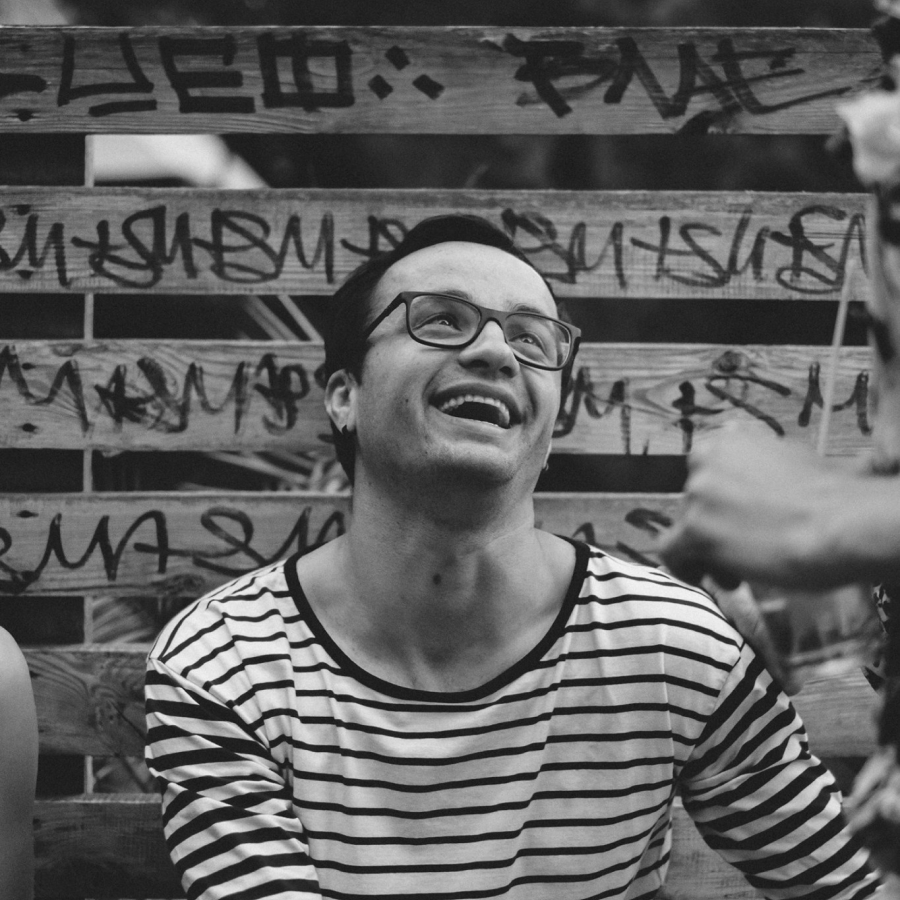 Yurii Bazaka (UA). Yurii is a founder of kontrabass promo - an underground cultural agency based in Kyiv, Ukraine. The agency works with young local artists, produces concerts, festivals and performances. Co-founder, initiator and executive producer of Intercity Live festival, the biggest Ukrainian online event. Since the pandemic started, more than 150 artists from more than 18 countries had participated within 4 such festivals. After this, Yurii has worked as advisor and executive producer at a few Ukrainian festivals and helped them to go online. Nowadays Yurii is releasing their new YouTube show Zmova as a co-producer. Zmova is a series of live shows of underground Ukrainian bands and artists which perform in famous culture and historical places in Kyiv. 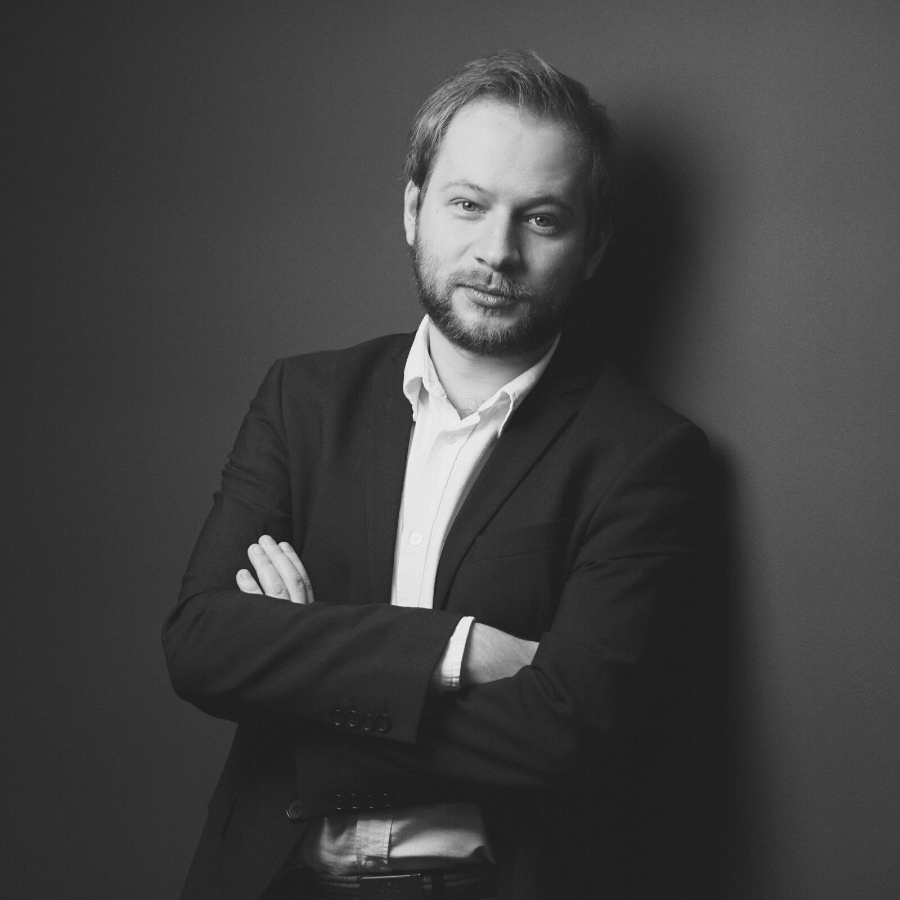 Alex Bondarenko (UA). Alex is editor-in-chief at LiRoom, a Ukrainian music media platform he founded in 2012. LiRoom works to provide comprehensive coverage of the Ukrainian music industry and currently ranks TOP-3 among Ukrainian music media platforms. Alex also works as a freelance journalist for some of Ukraine’s largest media outlets, including Ukrainska Pravda, Babel, Inspired, INSIDER, and many others. A consulting expert at the Ukrainian Cultural Foundation, Alex also participates in the Ukrainian Music Trade Union and has been a jury member of the Global Battle Of The Bands and other music competitions. Previously, he worked as a marketing manager at Karabas Live, a Ukrainian media outlet. 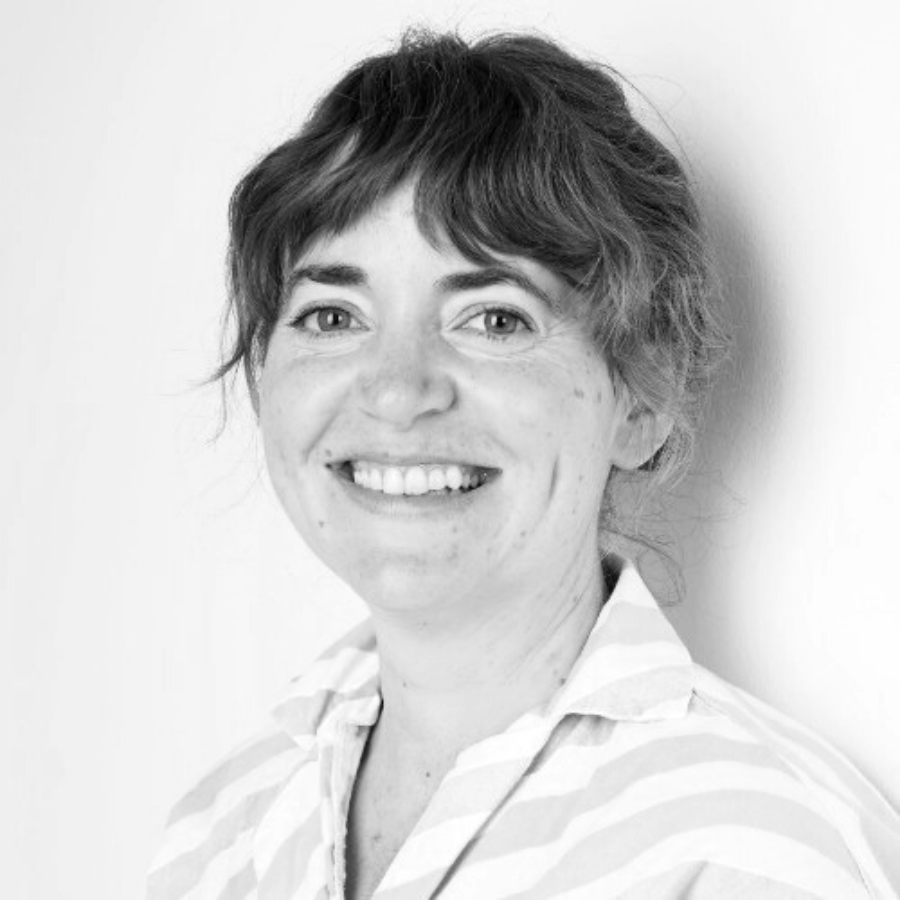 Lucy Wood (UK). Lucy is the Head of Music at Roundhouse, an historic music venue in London and world-leading charity helping young people to access culture. Before that she was the Music Talent Buyer for Latitude Festival, a 40,000 capacity music and arts festival in Suffolk, UK, renowned for its diverse programme appealing to devoted music-loving folks of all ages. Prior to joining Festival Republic, Lucy worked at London live music promoters Eat Your Own Ears for 7 years programming and producing gigs, festivals, and other cross-arts cultural events. She has worked in the music industry for 15 years, with other roles including stints at Sonos Studios, Warp Records and 19 Entertainment. In 2016 she completed a research project on audience engagement as part of an MSc in the Sociology of Culture at London School of Economics. 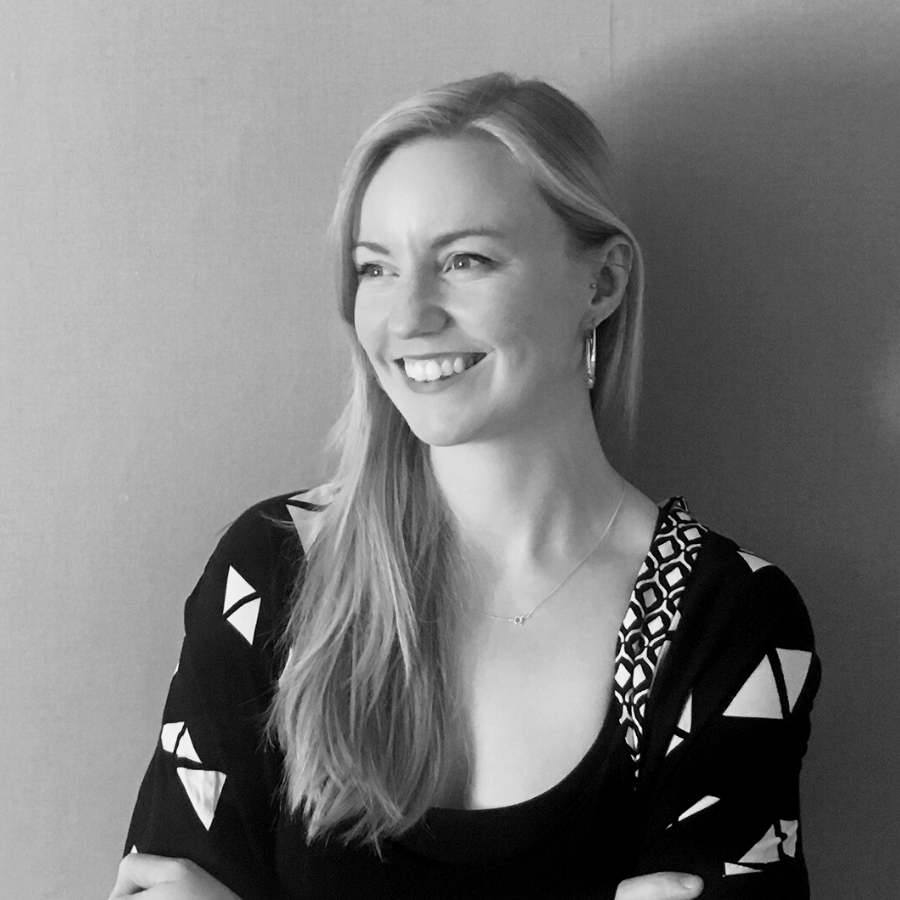 Jennifer Allan (UK). Jennifer Lucy Allan is a music writer and broadcaster. She has been a journalist for over a decade, writing on underground and experimental music for publications including The Guardian, The Quietus, and The Wire, and was previously The Wire's Online Editor. She is a presenter on BBC Radio 3's Late Junction, and wrote and presented the documentary Life, Death and the Foghorn for BBC Radio 4. She also runs the record labels Arc Light Editions and Good Energy. Her first book, The Foghorn's Lament, will be published by White Rabbit in 2021. 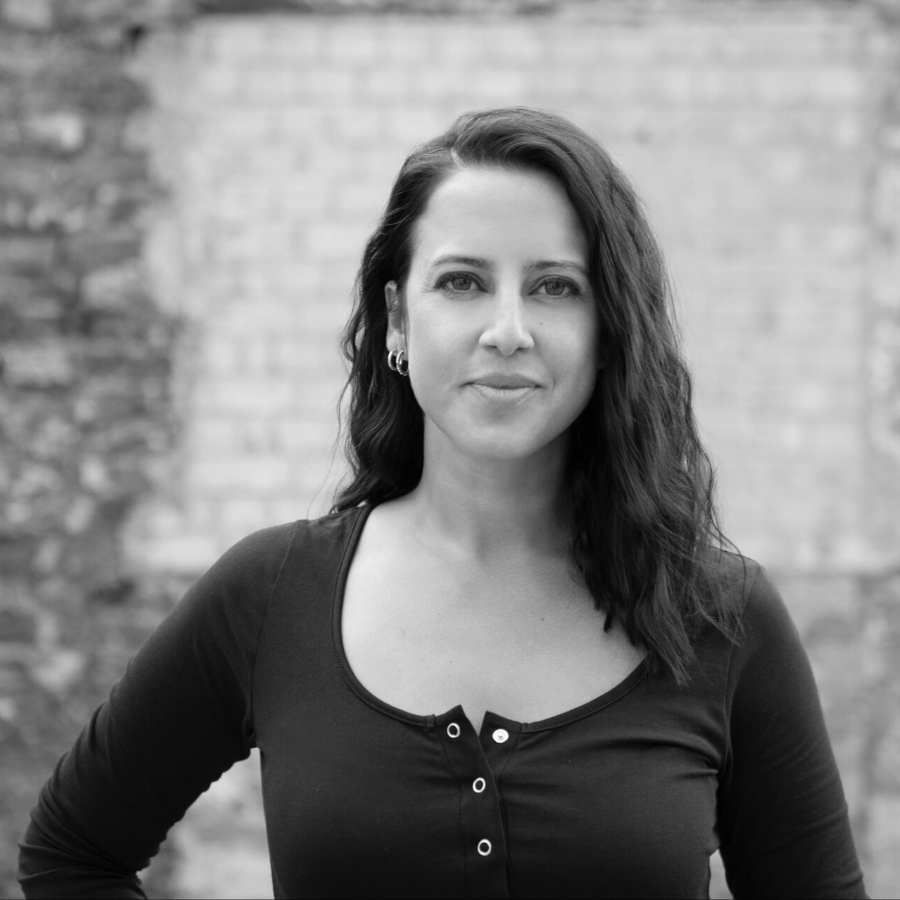 Rachel Menzies (UK). With over 15 years’ experience in the Music Industry, Rachel has proven success in music supervision, new business and international development within the music publishing space. Rachel joined the Native Music Supervision team as a Music Supervisor early in 2015 and has since worked on projects with some of the biggest brands and artists in the world. With credits covering advertising, branded content, radio, documentaries, scripted reality, travel series and games, Rachel has placed music in productions such as Game of Thrones, Top Gear, X Factor and Family Guy, worked regularly with clients such as the BBC, Sky TV, Discovery Channel, Fox, Disney and MTV etc. In 2020, Rachel joined BMG as Senior Director, Creative Services - and is responsible for working with the full roster of company talent bringing together all those available for custom, bespoke original composition work, bolstering its offering of quality creative solutions for clients. 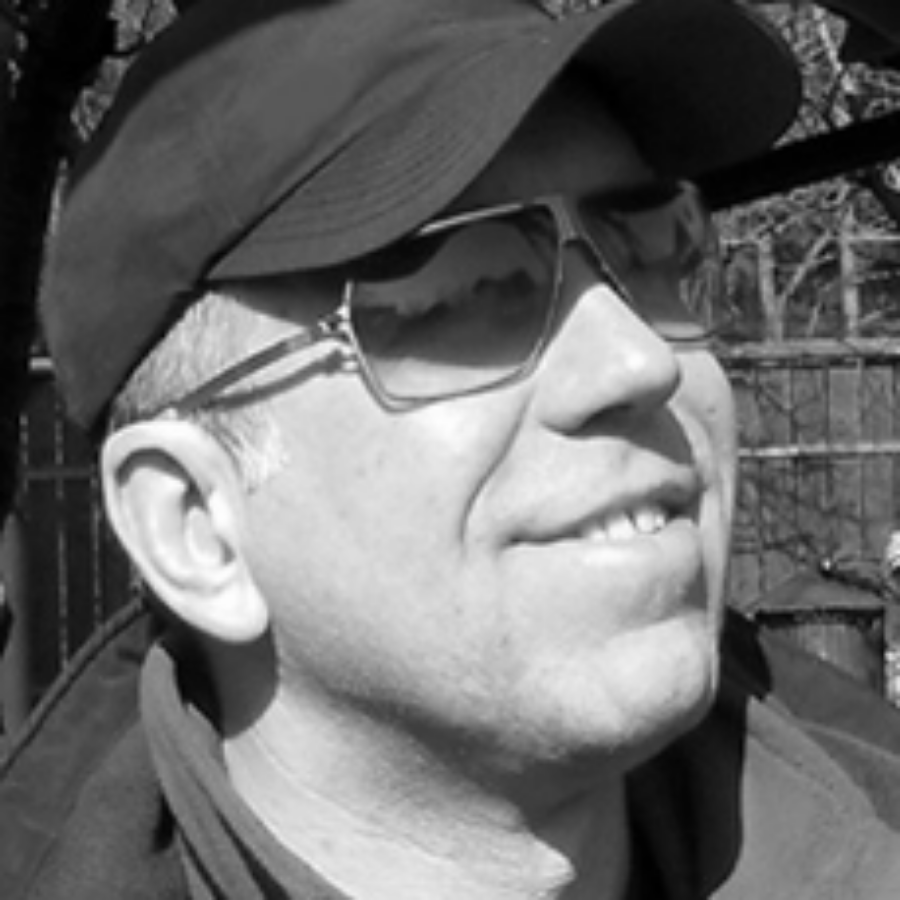 Sergey Korzachenko (UA). Creative Director at the SKB Brothers/BamBoo sound production studio. Since 1991, he has worked as a producer for TV, FM, Film, Music and Internet Media. He worked on promotion for the Summer Sound Music Fest from 2011-2013, Vertical Shows in Ukraine 2020, as well as many other large-scale events. 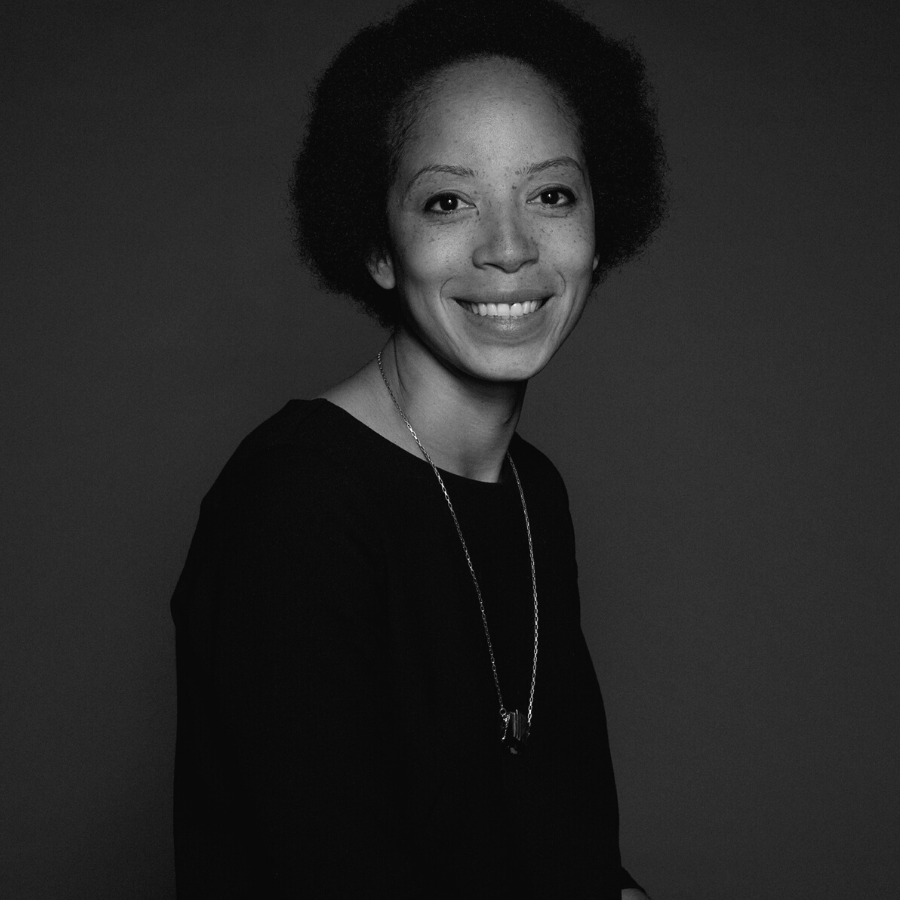 Feimatta Conteh (UK). Feimatta Conteh is the Environmental Sustainability Manager for the Manchester International Festival. She has worked across sustainability, technology development, digital culture and the arts for over 15 years, for organisations including the LSE, Arcola Theatre and FutureEverything. Outside of work, Feimatta is deeply involved with an educational children’s camping charity – she enjoys building communities and helping young people interact with nature. 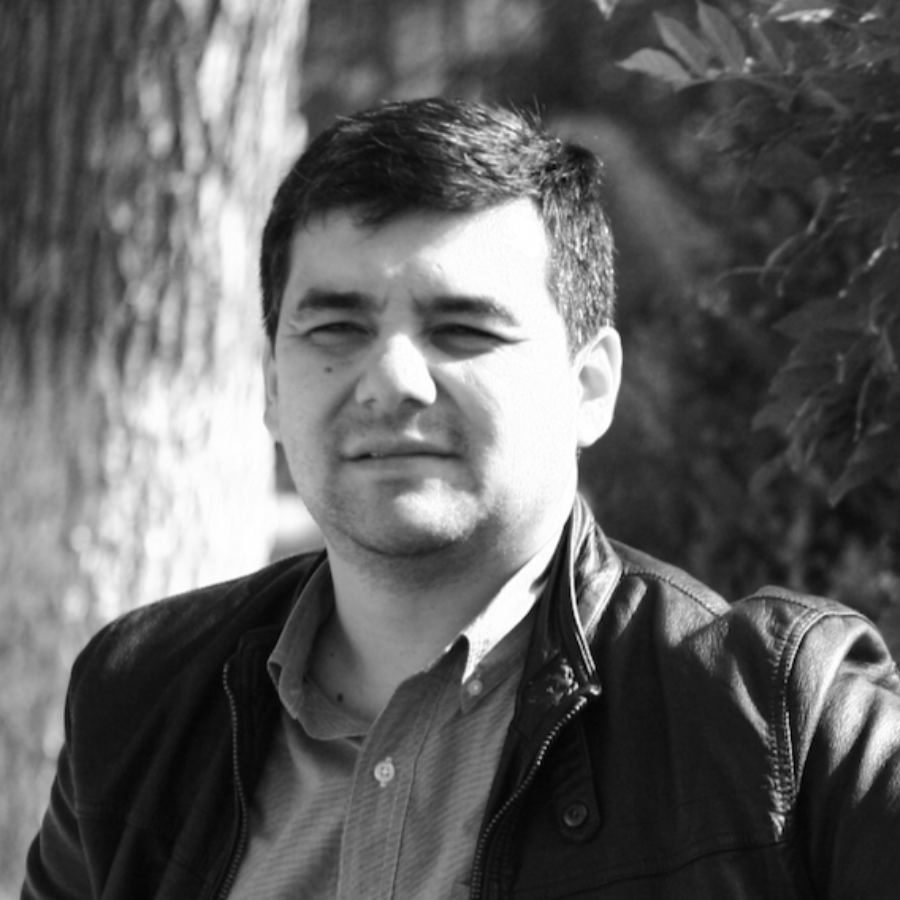 Otabek Suleimanov (UZ). Otabek Suleimanov is a producer of a Stihia Music, Arts and Science Festival, held annually in Moynaq, Uzbekistan. This is a non-profit event with the mission of raising the awareness about the ecological disaster of the Aral Sea. Otabek is also a passionate vinyl records digger and a beginner DJ. 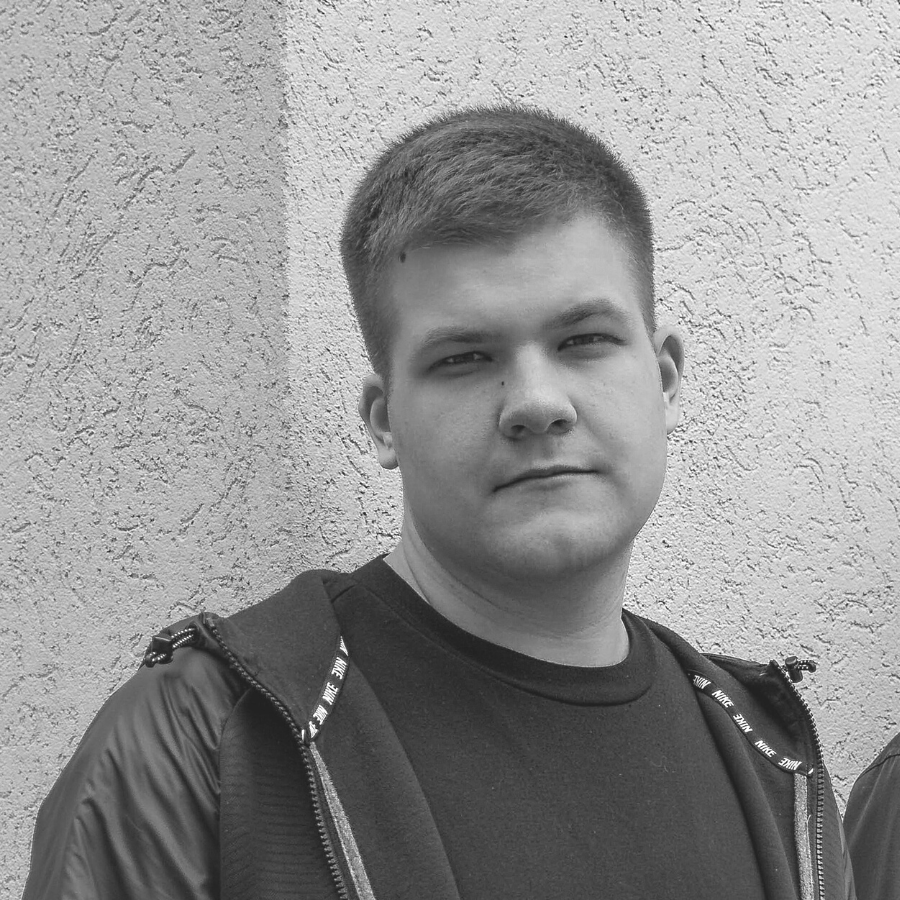 Clementine Bunel (UK). Clementine Bunel works as an agent at Paradigm Talent Agency. In 2017, Clementine departed ATC and joined Coda Agency, a London-based booking agency handling touring and live strategy for artists such as Parcels, Big Freedia, Tank and the Bangas, Stromae, Songhoy Blues, Alfa Mist, Kokoroko and more. Prior to joining ATC in 2015, Bunel ran her own successful agency, 2 For the Road Events Ltd, which combined a booking agency, promoter and creative production team